On Kurdistan and British attitudes to genocide since the Holocaust

Oct 18 Posted by Administrator in General 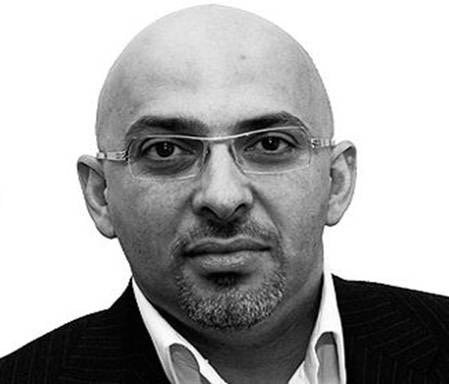 In 1945 as Allied forces pushed into Europe from the East and West the world was forced to confront the true horror of what had been occurring within the German Reich. The genocide of the Jewish people, the extermination of the Romani, of a huge number of Slavs, Russian prisoners of war, Jehovah’s witnesses and others who were regarded by the Nazi state as ‘undesirables’.

The names of the camps used to commit this genocide are etched into our collective minds, Auschwitz, Bergen-Belsen, Dachau and Treblinka to name but four. They remain to this day words that remind us all of the scale and brutal execution of this mass murder.

It seemed that this was the lowest humanity could go, the very base of mans nature, and yet in the years and decades that have passed since 1945 we see that such crimes still continue around the world.

In Rwanada, in Kurdistan, Bosnia and Cambodia we have seen the terrible cost of mans hatred for one another, of our ability to commit genocide and the ability of others to fail to act, to stand indifferent or afraid as these crimes are played out.

As the title of this seminar states ‘To remain silent and indifferent is the greatest sin of all’, and I for one agree. Without the complicity of good men and women those who seek to commit evil would not succeed.

In the words of the historian Ian Kershaw, “The Road to Auschwitz was built by hate but paved with indifference” a statement I believe can also ring true for the genocides that we have seen in the years that followed the Second World War.

The Holocaust itself is often seen as the foundation stone of subsequent genocides and to understand what happened in Europe during the Nazi regimes rule is key to understanding the motivations and circumstances that lead to genocide.

The very term “genocide” was coined in 1944 and in its literal form is from the Greek for "race" and the Latin for "killing". It was brought into law to prosecute those put on trial at Nuremberg after the Second World War and now remains a key piece of international law, a crime so huge that it transcends all others both morally and legally.

In Britain and Europe the lessons we have learned from the Holocaust are now widely taught, schools, universities and organizations like the Holocaust Educational Trust all play an important role in ensuring that these events hold a permanent place in Britain’s collective memory.

This commemoration of such a dark period of human history allows us to try and understand why this occurred and what we can do to stop it from happening again. It is this form of commemoration and teaching that plays a huge role in educating our youth to the effects that racism, secular hatred and extremism can lead to.

It is in my opinion key that we use this process to understand and study other genocides that have occurred in recent times, such as Bosnia and Kurdistan. It is vital that these events are discussed and remembered and that as a nation we do not remain indifferent to events, no matter where they occur and who they affect.

It also gives us the opportunity to learn from the mistakes that we as a nation have made. While it was Britain and her allies that finally stopped the terrible crimes committed by the Nazi regime, we are also guilty of failing to act directly in aid of the victims of the Holocaust.

The limits on immigration from Nazi Germany and occupied Europe, the refusal to accept intelligence reports on the scale of murder being undertaken at the extermination camps in the East and the subsequent decision to neither bomb or support Polish underground attacks on Auschwitz all must be learned from.

But looking at our conduct in the years since, I believe we have learned from these lessons. Our actions in Bosnia, in Kurdistan and recently in Libya show that we can and that we will stand up to oppression.

As the Co-Chair on the APPG on the Kurdistan region and Britain’s first MP of Kurdish descent I do have a personal connection with the Kurdish people and the genocide that was committed against them.

In the late 1980s the Anfal Campaign was begun by the forces of Saddam Hussein against the Kurdish people. For three years the Kurds in Iraq were subjected to chemical attacks, bombings, ground offensives, mass deportations, arrests, torture and murder. Thousands were killed and many say that the numbers are nearer the hundreds of thousands.

Sadly here too we see the cruel face of indifference. Nations that could have intervened did not and the Iraqi population as a whole did not stand up against these horrific actions.

However one thing that will never be forgotten by the people of Kurdistan was the actions of the British Government under John Major. This country refused to stand ideally by once the true extent of the atrocities came to light. A ‘No fly zone’ was created and without this intervention the genocide would have continued both in length and brutality.

In Britain the population was made aware of what was happening through the television news stations, directly influencing public and political opinion and ensuring that as a nation the protection of the Kurdish people was put above non intervention and indifference.

It is true that more could have been said and done but I am proud that Britain chose to act and help an oppressed people in a corner of the world far from our shores. When I talk to people I meet in Kurdistan they all say that the assistance given by the Major Government is not forgotten.

As I have said the way in which we can ensure our nation continues to act as a protector of those facing genocide is through the education and awareness of our population. It is important that the good work done by the Holocaust educational trust to commemorate and teach about the Holocaust is continued. We must ensure that people are aware that Genocide still occurs in the year’s post 1945 and to ensure that the specific instances of this terrible crime are not forgotten.

I have just visited Yad Vashem in Israel where the horrors of the Holocaust and the 6 million that perished are brought home to you. I passionately believe that all 6 billion people in the world need to visit Vad Yashem.

The events in Kurdistan are one powerful example of what has happened since 1945 and I believe that it is important to ensure our nations children and young adults’ are taught about this recent genocide. Any campaign to remember this atrocity would have my full support and I believe that it is Parliamentarians role to ensure that the political will exists to build such campaigns of remembrance.

It is through the recognition and commemoration of these events that we can help to ensure that Britain remains at the forefront of the international community when it comes to protecting human rights and standing up to regimes that threaten their people, or neighbors with war and genocide.

You can read Nadhim's blog here.