Speaking Up: The Journalist’s View 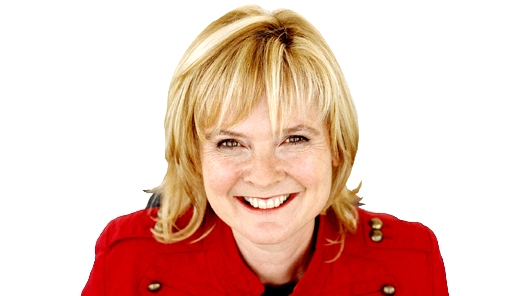 In the second of our blogs marking Holocaust Memorial Day 2012, Martha Kearney writes about her personal connection to the Holocaust and why she is a journalist believes it’s important to speak out. Martha Kearney Chaired the Holocaust Educational Trust’s Lord Merlyn Rees Memorial Lecture 2012, at which Sir Ian Kershaw and Rt Hon Francis Maude MP spoke.

I have a very personal reason for supporting the work of the Holocaust Educational Trust. My own mother-in-law Isabel Shaw was deported from Romania during the war as a young woman and ended up in Auschwitz. She and her sister Rella were later liberated from Belsen by the Allied forces.  I know she believed that it was very important that young people should know about their past to prevent such tragedies from happening again.

As we approach Holocaust Memorial Day, we should remember all the victims of the Holocaust and in particular those who were brave enough to stand up to Nazi oppression.

As a journalist, I have particular admiration for Fritz Gerlich, a German reporter. From 1923 onwards he sought to expose Adolf Hitler to the German people. He witnessed the Munich Beer Hall Putsch and became increasingly convinced that Hitler was ruthless, deceptive and treacherous.

Over the course of the next decade, Gerlich repeatedly wrote anti-Hitler articles for Munchener Neueste Nachrichten, one of the Munich’s most conservative newspapers and later Der Gerade Weg, a publication he created. On 9th March 1933, he prepared to publish his final anti-Hitler attack.

On that day he was arrested and sent to Dachau, where a year later he was killed. The contents of his final article remain unknown.  It is hard to imagine the kind of bravery and determination shown by Gerlich at a time of such fear. Who knows how any of us would behave in similar circumstances?