The liberation of Bergen-Belsen

Apr 13 Posted by Administrator in Britain and the Holocaust 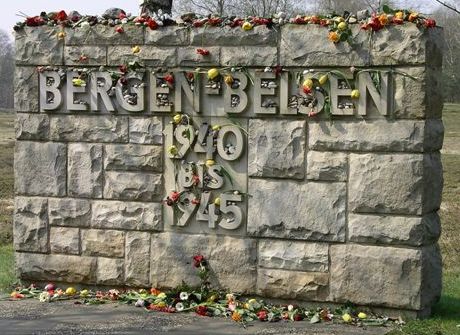 Bergen-Belsen concentration camp was liberated by British forces on 15th April 1945. 67 years on, Holocaust survivor Mala Tribich reflects on the traumatic years that preceded liberation - and on her life since

I was 14 years old when I was liberated from Bergen-Belsen concentration camp by British troops on 15th April 1945. I had spent five and a half years living in ghettos and camps built by the Nazis.

I was born in Piotrkow Trybunalski in Poland in September 1930, and lived a normal happy life with my parents, my older brother Ben and my younger sister Lusia, until the outbreak of the Second World War on 1st September 1939, when my home town was occupied by German forces.

The first ghetto in Poland was established in Piotrkow, on 1st November 1939, and we were quickly forced to move into it. We stayed together as a family there until 1942 when, with rumours of deportations gathering strength, my father arranged for me and my cousin Idzia to be smuggled out of the ghetto and hidden with a Christian family.

Idzia, an only child, was so homesick that she asked to be taken back to her parents. When I was taken back, after the deportations, I was shocked to find that Idzia was not there, she disappeared without a trace. Soon afterwards my mother and Lusia were taken away and brutally murdered. After this, I was left in the ghetto with my father and Ben. My young cousin Anne, whose father was shot and mother deported, joined us.

The ghetto was liquidated at the end of 1942, and I was sent to a labour camp just outside of Piotrkow, managing to keep Anne with me. I worked as a slave labourer in a plywood factory for nearly two years until one day all the surviving women, including Anne and me, were marched into cattle trucks and sent to Ravensbruck concentration camp.

The conditions there were so bad that people soon started to die. I lost an aunt and one of my best friends. After 10 weeks, as the Russian Army approached, Anne and I were put into cattle trucks again and sent to Bergen-Belsen.

The scene that greeted us was like something out of hell: absolute chaos, overcrowding, and a total absence of sanitation. There was barely any food. With some difficulty I managed to persuade the people in charge of the children’s barracks to take Anne and me in, but many of us, including myself, fell victim to the typhus epidemic raging through the camp. For days I lay in my bunk semi-conscious, and quite oblivious to what was happening around me.

My bunk was near the window, and one morning I suddenly became aware of people running outside. My only thought was one of amazement that they could still run, when I could not even move a muscle. I think I realised that the war was over, but I don’t have any clear memories of that moment of liberation.

Within two days of the British troops entering Bergen-Belsen a hospital was set up, and the medical, nursing, and relief teams, under the command of Brigadier Glyn Hughes, devoted themselves body and soul to the task of saving lives. They sent ambulances and medical teams to transfer us to the hospital, and I remember wanting to walk to the ambulance and actually trying. But after one step I collapsed and had to be carried on a stretcher. It was many weeks before I was able to walk again.

In July 1945 I was among a group of children sent to Sweden for rehabilitation, and subsequently learned that my brother Ben was the only other survivor of my immediate family.

On the anniversary of our liberation, I reflect on the role that the UK has played in the rebuilding of my life after the Holocaust. I am particularly grateful to those members of the British Army who arrived at Bergen-Belsen in April 1945. Thanks to their dedication and compassion, I was nursed back to health. I still remember their kindness after suffering years of cruelty and deprivation. It was also in the UK that Ben and I were finally reunited in 1947. After so much loss during the years of Nazi occupation this was incredibly important.

Equally, it was in the UK that I met my future husband, Maurice Tribich, in 1949. We enjoyed a family life together here for 43 years, raising two children and having three grandchildren. Today I spend much of my time speaking at schools and events across the country as part of the Holocaust Educational Trust’s Outreach programme.

It is important to me that young people are made aware of what happened during the Holocaust, and are vigilant against racism and antisemitism in society today. But I hope also that my talks reinforce to these young people the pride that they should take in Britain. My liberation by the British Army, and my welcome in this country, are testaments to British values of freedom and tolerance. Today, as I remember my liberation, I also think of those of my family who did not survive, and it is for them, as well as for me, that I must continue to tell what happened to the Jewish people during the Holocaust.